July 8th 2022 – our latest TPB500 Pulse suggests if only Boris had listened more, his plight would have been diverted.  Perhaps this is a systematic failing in so many leaders today and ultimately their undoing.  But the back story invites more complexity, going on the comments left by many…starting with a Communications Director working in the Financial sector – “Choosing a sociopathic liar who happens to be a good after dinner speaker is not a good way to run a country. Nothing that Johnson has done as PM should be a surprise to anyone, least of all the group of people that knew him best, the hundreds of Conservative MPs who placed him there.”

Another business leader summed it all up quite succinctly – “Hopefully populism is dead.”

A director working for a Trade Association surmised – “Boris is not the first, or last, politician to lie. Apart from the mistake of lying, what he was very bad at was getting caught out and allowing him(self) to be framed as amoral. The real lesson is that Boris is chaotic and that cannot work when you are PM, especially in our social media age where everyone knows everything. The secondary lesson for Boris is he should have recognised his weakness and dealt with it. He failed to stop lying, being caught or allowing himself to be portrayed as an English scoundrel. The latter he probably secretly enjoyed.”

And finally, in the words of one business owner – “He lacks integrity and has proven to have a low moral bar. It undermines the values and work that he and his government stand for because trust has been lost.”

Which one of these, if any, have we learned from Boris Johnson’s immediate legacy?

Which one of these, if any, have we learned from Boris Johnson’s immediate legacy? 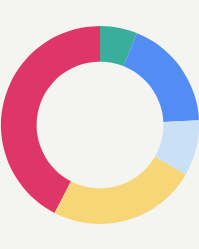 6%
Scandals ultimately will bring any politician down
18%
Boris was hired on his skills and fired on his values
9%
If you have integrity, you will earn endless trust
24%
The ability to listen is the most undervalued attribute of any leader today
42%
Other – please share…